is part of the post-conceptual generation that emerged in the 1990s and is frequently associated with the feministic branch of contemporary art. She is an exceptional and internationally established artist of a concentrated but more intense vision based on the associative and time-intuitive principle of deliberation. She bases her work on non-figurative expression, as the forms of her sculptures at times refer to biomorphic and at other times to post-minimalist lineage. She works with the most internal ideas – intimacy, feelings (predominantly of women, mothers). Her work has the character of a diary entry, whether she draws or paints or works with found objects or sculptural forms and she prefers spatial artifacts. She always reacts to the given space for which she creates a “spatial collage”, as she calls her technique, when in an associative manner she links various media forms – created works, drawings, sculptures, objects, painting as well as found natural objects, stones, branches. She can be characterized by the serial nature of her deliberation (her works are usually untitled), as well as the touchable and palpable nature and precision of processing; she frequently works with completeness and variability, closeness and openness, stability and instability of form and its development in the creative process. She studied at the Academy of Fine Arts in Bratislava (1990 – 1996, under prof. R. Sikora). In 2012, the Slovak National Gallery in Bratislava held her monographic exhibition. Selected international exhibitions: Manifesta 3. Ljubljana (2000); Anxiety of Influence: Bachelors, Brides and a Family Romance. Stadtgalerie, Kunsthaus, Bern (2004); Raumkörper. Kunsthalle Basel; Micro-narratives. Musée d’Art Moderne, Saint-Etienne (2008); Gender Check: Femininity and Masculinity in the Art of Eastern Europe. Museum moderner Kunst Stiftung Ludwig, Vienna (2009); Report on the Construction of a Spaceship Module. New Museum, New York (2014). Representation in collections: Fiorucci Art Trust, Monaco; Sammlung Friedrichshof, Vienna; Société Générale, Paris; the Erste Bank Group Collection, Vienna; the Slovak National Gallery, Bratislava; regional galleries and private collections in Slovakia and abroad. 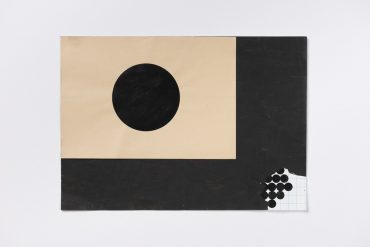 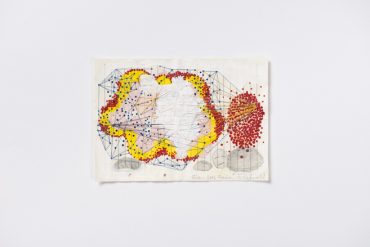