ART FOND management comprises a highly experienced team of experts from the fields of art, law, commerce, and finance.

We believe that the creation and appraisal of a high quality art collection depends on a deep understanding of the art market’s complexity, combined with an ability to identify, interpret and act on specific investment opportunities. 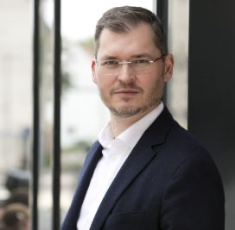 Ing. Andrej Zaťko is the Chairperson of the Board of Directors and CEO of Poštová banka and 365.bank. Until 2015, he worked at J&T Banka, initially serving as Head of Sales for the Czech Republic and Slovakia. In both countries, he headed Private Banking and later became the Head of the bank's Slovak branch. He has been active in the field of banking, asset management and mutual funds in Slovakia, the Czech Republic and Switzerland since 1997. He is a passionate collector and supporter of Slovak contemporary art.

“Creating art or historical collections and supporting creative artists are part of the social responsibility of successful people. At the same time, they represent a sound opportunity to enhance their finances. We live in a time when smaller nations in particular need to work actively with their cultural values and promote their identity in a culturally and socially diverse Europe. That is why it is important that key works do not remain closed up in the archives, but are exhibited at home-based locations. This is exactly what we are trying to do in the Art Fond collection.” 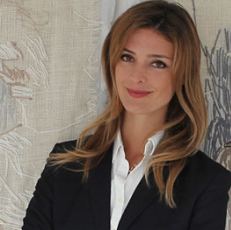 Director and Co-founder of ART FOND

Mgr. Kristina Zaťko Jarošová, M.A. holds a Masters Degree in Contemporary Art Theory from London University’s Goldsmiths College. She also read the History of Modern and Contemporary Art and Art Business at Sotheby’s Institute of Art, London. Kristina further holds a Masters Degree in Marketing Communication from the Faculty of Philosophy of Comenius University, Bratislava. Since 2009, she has gained extensive experience including at Sotheby’s, London; Kunsthalle, Bratislava; as a producer of the documentary cycle MANIFEST and as a director of private gallery. In addition to her art gallery responsibilities, Kristina works as a specialist and investment adviser for contemporary art, an art critic, curator, and independent journalist.

"I consider Art Fond to be a unique platform in our region which combines the investment, collecting and educational nature of the collection. I believe that a coherent collection of artwork of extreme quality will continue to develop and find recognition in the domestic and international environment thanks to the expertise and enthusiasm of everyone involved."

Phdr. Katarina Bajcurova. CSC graduated in Fine Art Science at the Faculty of Philosophy of Comenius University, Bratislava. Between 1983 – 1994 she worked at the Art Institute, subsequently the Institute of Art History of the Slovak Academy of Sciences. Katarina was General Manager of the Slovak National Gallery from 1999 – 2009, and is now curator of its modern and contemporary painting collection, having organised several key exhibitions and catalogues including, inter alia: Slovak Fine Arts in the 1960s (1995); History of Slovak Fine Arts – 20th Century (2000); Slovak Visual Arts 1970 – 1985 (2002); Slovak Myth (2005). She has published numerous books and curated projects for the Venice Biennial: 1995 – Jozef Jankovič (The End of a Paradigm); 2009 – Roman Ondák / LOOP); and for the São Paulo Art Biennial 2004 – (Three of a Nice Pair). Katarina is celebrated as one of Slovakia’s leading experts in fine arts.

"My colleagues and I also agreed on these selections because we believe that they embody the most peculiar values of the history of Slovak art, while working in a wider context as authentic and original contributions. All of these artists built their reputations and won the patronage and recognition of domestic and foreign expert public by their creations, which are found in significant domestic and world galleries, museums and private collections."

Phdr. Katarina Rusnakova, PhD. graduated in Fine Art Science at the Faculty of Philosophy of Comenius University, Bratislava. She was a curator at the Art Gallery of Považie in Žilina (1990 – 1992), subsequently working as its director (1992 – 1997). From 1999 – 2000 Katarina was the director of the Modern and Contemporary Art Collection at the National Gallery in Prague (Trade Fair Palace), and in 2003 – 2005 she worked as a research worker at the Institute of Arts and Sciences at the Academy of Fine Arts and Design in Bratislava. Since 2006, she has been working as the head of the Department of Theory and History of Art of the Faculty of Fine Arts at the Academy of Arts in Banská Bystrica. As a curator, Katarina organised over 50 exhibitions in Slovakia and abroad, including Aspekte/Positionen 50 Jahre Kunst aus Mitteleuropa 1949 – 1999 at the Museum Moderner Kunst Stiftung Ludwig Wien (1999). She worked as Chief Curator of the Permanent Exhibition of Art of the 20th and 21st centuries at the National Gallery in Prague (2000), and curated the Czech-Slovak exhibition at the 49th Venice Biennial (Ilona Németh/Jiří Surůvka) in 2001. Katarina was a member of the international jury at the Jindřich Chalupecký Awards, Prague (2001), and the Oskár Čepan Awards, Bratislava (2002, 2004); she is also a member of the Purchasing Commission of the Slovak National Gallery in Bratislava. She won the Martin Benka Award for inventive curatorial projects and for the significant forming of exhibitions and collections at the Art Gallery of Považie in Žilina (1994).

"The set of works represented in the collection offers an interesting view of the plurality of artistic approaches and methods of depicting various themes across a broad range of visual expressions which also represent a specific reflection of the diverse political, sociocultural and economic changes over a period of more than five decades. They offer a report on the complicated world and are important impulses for us to better understand it through the visual metaphors of artworks."

"Gradually, the process resulted in the selection of works of key representatives of the neo-avant-garde, predominantly artists from the alternative-unofficial scene of the 1960s and 1970s. From today’s perspective, we can see that they created an authentic and equal alternative to Euro-American art produced at that time in the freer part of the world. It was their visionary courage and specific irony demonstrated in a wide range of predominantly conceptual works which carried an irreplaceable spirit which, in competition with the current open global art scene, has a chance to be upheld." 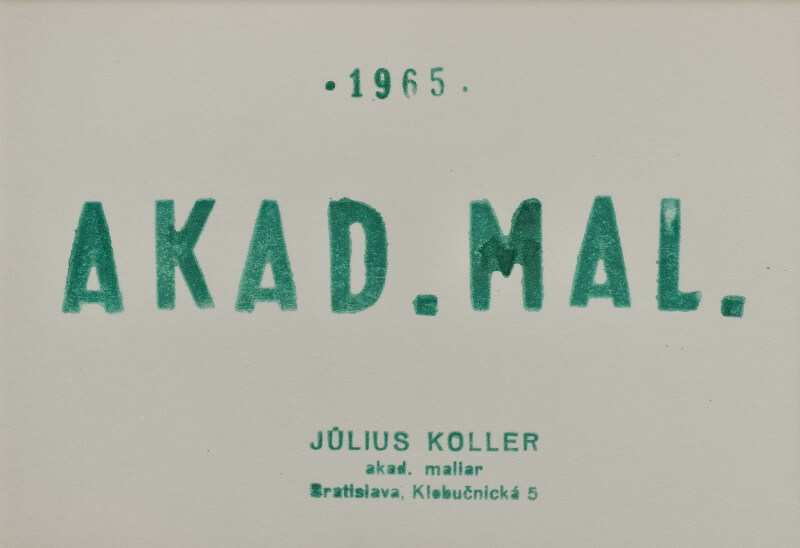