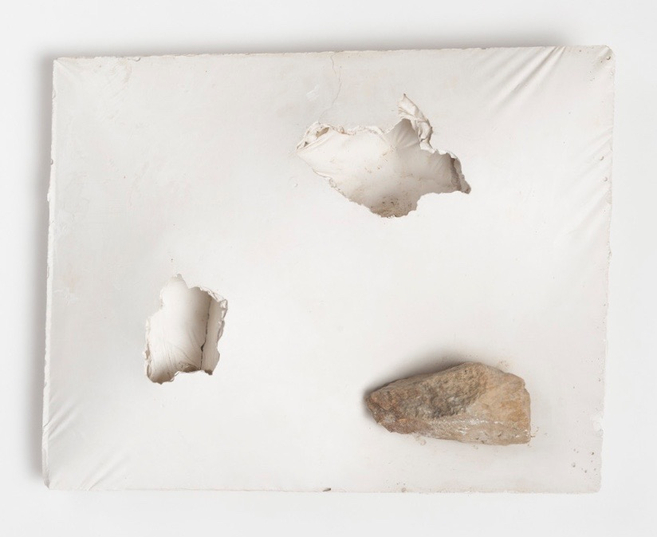 is one of the most significant female artists from Slovakia and her work has found international recognition. Since the 1960s she worked with abstract sculpture, inclining toward biomorphic morphology, and for a short period of time toward Concretism in which she brought associativity and imagination. Although her work was close to organic sculpture, she went beyond this approach by emphasizing the metaphysical values of forming a mass. Plaster was the characteristic material which determined the fragile expression and “transient” and temporary nature of her sculpture. She developed several new techniques and methods of casting plaster sculptures of imprints, enclosed ovoid forms and open perforated shells. She reached her peak in the final artistic period in the 1980s when she created grandiose plaster installations; she formed extensive plaster plates, and imprinted draperies which receded under the pressure of embedded rocks and their sharp edges until progressing illness brought an end to her work. She studied at the Academy of Applied Arts in Prague (1951 – 1955, under prof. V. Šimek) and then at the Academy of Arts, Architecture and Design in the Department of Ceramics and Porcelain (1955 – 1961, under prof. O. Eckert). In 1963 she moved to Košice with her husband, sculptor Juraj Bartusz, where she created chamber and exterior sculptures and addressed the issues of haptic aesthetics which was unique in our country (1976, 1983, in cooperation with G. Kladek). Her work received broad international recognition only after her death. Her works were included in prestigious international exhibitions. The Slovak National Gallery in Bratislava prepared a retrospective of her work (2005), and the Museum of Modern Art/Muzeum sztuki Nowoczesnej in Warsaw (2014 – 2015) organized her monographic exhibition entitled Formy przejściowe/Provisional Forms. Selected international exhibitions: Documenta 12, Kassel (2007); Gender Check: Femininity and Masculinity in the Art of Eastern Europe. Museum moderner Kunst Stiftung Ludwig, Vienna (2009); Promesses du Passée. Une histoire discontinue de l’art dans l’ex-Europe de l’Est, Centre Pompidou, Musée National d’Art Moderne, Paris (2010); The Desire for Freedom. Art in Europe since 1945. Deutsches historisches Museum, Berlin (2012); Bumped Bodies. Whitechapel Gallery, London (2018) etc. Representation in collections: Centre Pompidou, Musée National d’Art Moderne, Paris; Museum of Modern Art, Warsaw; Sammlung Goetz, Munich; Tate Modern, London; the Erste Bank Group Collection, Vienna; Slovak National Gallery, Bratislava. 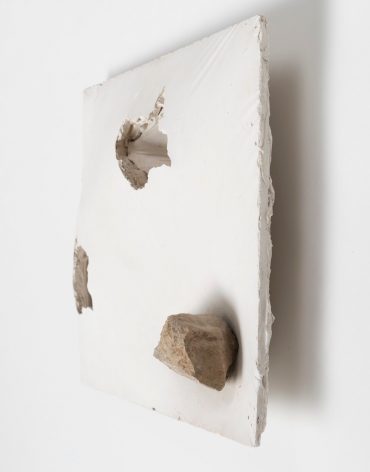