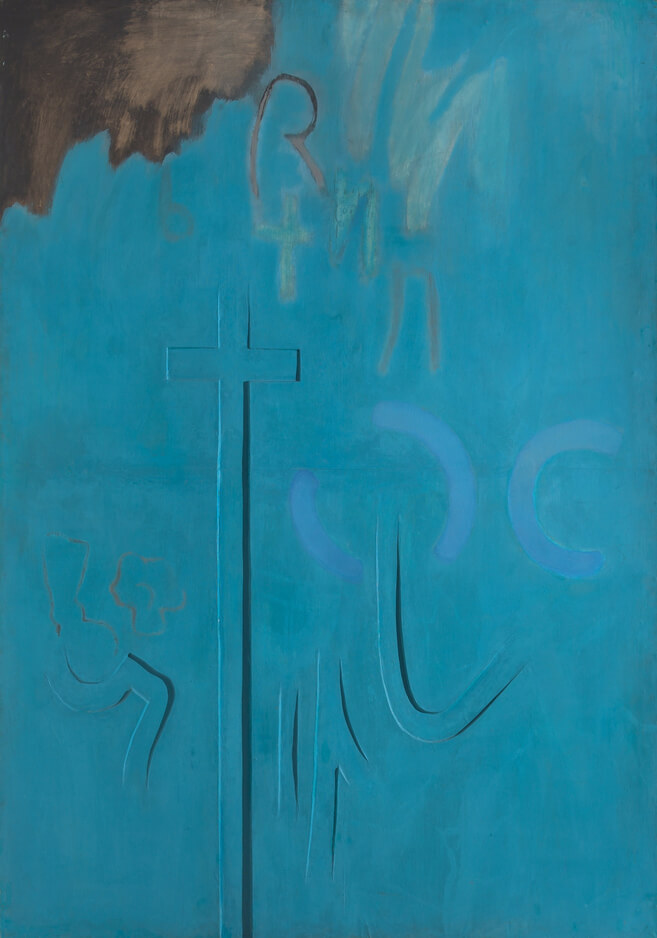 One of the most significant figures of Czech and Slovak visual art from the beginning of the 1970s, Rudolf Sikora was also active on the unofficial – alternative art scene during the period of Normalization. He organized 1. otvorený atelier (The 1st Open Studio) (1970) in his studio in Bratislava which heralded the arrival of a strong generation of artists. He emerged from his own synthesis of the “new sensibility” and conceptual thinking and later enriched it with post-Modernist inspirations.  He was one of the first artists in Czechoslovakia and Europe to deal with the theme of global-civilization and the ecological threat to the world. He based his own cosmological vision on scientific knowledge from the theory of the origin and existence of the universe while creating an original, artistic parallel to science. His ongoing social activism systematically reflects the legacy of Russian revolutionary avant-gardes represented in particular by the work of Malevich. He has made an impact in painting, drawing, printmaking, photography, action art, the creation of objects and installations. As one of the initiators of the Verejnosť proti násiliu (Public against Violence) movement (1989), he actively entered the world of politics for a short period of time. He was also co-founder of the group Syzýgia (1988).

He studied at the Academy of Fine Arts in Bratislava  from 1963  to 1969 under Prof. P. Matejka and later taught there (1990 – 2004) before continuing his pedagogical work at the Faculty of Arts of the Technical University in Košice (2004 – 2011). He presented a retrospective of his work at the National Gallery in Prague in 2006 and at the Slovak National Gallery in Bratislava in 2008.