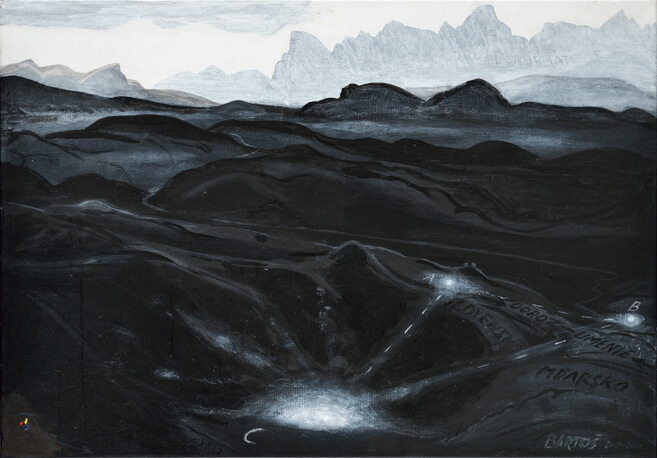 (*1938, Praha) Along with Július Koller, Peter Bartoš is one of the first protagonists of the art of concept and action in Slovakia. His work is extremely difficult to grasp, but he is among the most original figures of the Slovak concept. Because of the fact that his relationship to the category of artistic original (even his own) was negative, many of his early works did not survive; he himself systematically gave them out, destroyed them, reworked them or disseminated them in the form of Xerox copies. He blurred the authorship by secondary interventions over a significant period of time and “diffused” them, frequently in cooperation with other artists, as if he were “trans” historically wandering through his own work (as a result, some of the works have more recent dates). Active and practical ecological landscaping (he found a job at the Bratislava ZOO) was another important side of his activities.  He also worked with a “living medium,” so called animal-art. In the 1960s he bred carrier pigeons according to a pre-arranged project. This is how he created the Bratislava exhibition pigeon and the Bratislava aesthetic pigeon. His interest in ecology also found its reflection in a series of landscape projects, drawings and photo-concepts such as the inter-urban ZOO landscape, a hill for the breeding of Hucul ponies, and others.  He designed, composed and created landscape thoughtfully as if it were a painting. He started out as a painter; as an advocate of a “situation concept” or a “concept of situation” he gradually reduced the structural elements of painting to a “zero situation” by eliminating any references to reality. He reached a new beginning, a “primary touch”, a “primary origin” of matter while combining the creation of a painting with performance. Bartoš later abandoned picture, but not painting.  He carried it out in different media – through nature, snow, etc. He was searching for analogies among material structures of nature and painting; he claims that part of his work is a permanent “defense of painting,” which according to him is “eternal.” His drawings, concepts and plans later became the material for their systemized integration into a visual medium.

He studied at the Academy of Fine Arts in Bratislava from 1957 to 1965 under Prof. J. Želibský, and J. Mudroch), and completed his graduate studies from 1966 to 1967 under Prof. P. Matejka. He monographically exhibited his concepts at the Vienna Art Nouveau (2014). 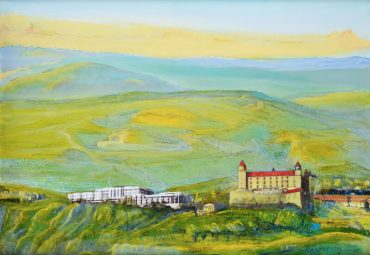 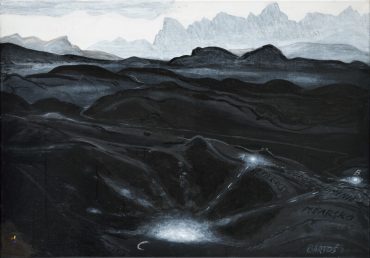