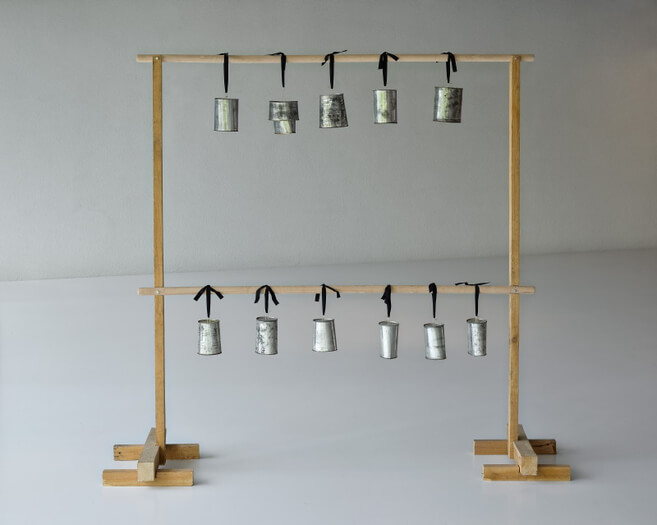 was one of the significant figures of intermedia art and his collected work resonates in a wider context of Central Europe. He worked with conceptual and action art, created visual poetry, graphic scores and unconventional sound objects; he was also an unorthodox musician, composer and musicologist, as well as an organizer of musical events and happenings. He developed his experimental program gradually in several separate lines of the New Music. From the 1960s he openly combined the elements of scientific research and active artistic activities, which spanned various artistic, poetic and musical types and genres. He studied viola at the Conservatory in Žilina (1962 – 1968), and musicology at the Faculty of Arts of Comenius University (1968 – 1973), he worked as musicologist at the Institute of Art History of the Slovak Academy of Sciences (1972 – 1991) where he studied music semiotics. He also lectured at several universities. In 1974, he was awarded a German scholarship from the town of Darmstadt and the DAAD Foundation to participate in New Music courses. He entered the scene approximately in the middle of the 1960s when he began to participate in collective projects and happenings (along with Robert Cyprich, Alex Mlynárčik, Július Koller and others). He began to create again more thoroughly from the 1990s – he founded the Transmusic Comp. ensemble (1989), and together with Peter Machajdík and Michal Murín he also founded the Spoločnosť pre nekonvenčnú hudbu SNEH (Society for Unconventional Music, 1990); he also organized Festival intermediálnej tvorby (Intermedia Creation Festival) in Bratislava (1991, 1992); he contributed to the invitation of John Cage to Slovakia and was the curator of his exhibition featuring Cage’s personal participation (1992, SNG). After 2010 he lived in the village of Banská Belá near Banská Štiavnica. In recent decades, Adamčiak’s work has become the subject of international interest and has won recognition and inspired many young artrists. His work was documented in a four-volume entitled Archív I. – IV.(Archive I -IV) by Michal Murín. The first retrospective exhibition entitled Adamčiak, začni! (Adamčiak, Begin!) was held at the Slovak National Gallery in Bratislava two months after his death (2017). International exhibitions and festivals: Between Concept and Action, Sonia Rosso Gallery, Turin (2009); European Culture Congress, Wroclaw (2011); NIPAF 10, The 17th Nippon International Performance Art Festival, Tokyo, Osaka, Nagano (2010, 2011); Truth is Concrete festival, Graz (2012) etc. Representation in collections: Avantgarde Museum – Marinko Sudac Collection, Zagreb; Galéria mesta Bratislavy, Bratislava; Slovenská národná galéria, Bratislava; private collections at home and abroad, etc. 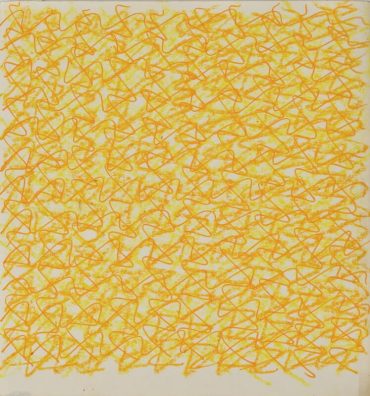 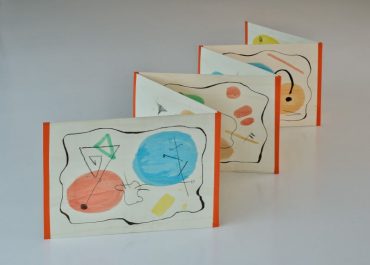 The Great Folder for Joan Miró 2011 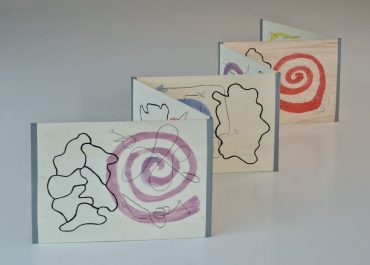 A great folder for Jean Dubuffet 2011 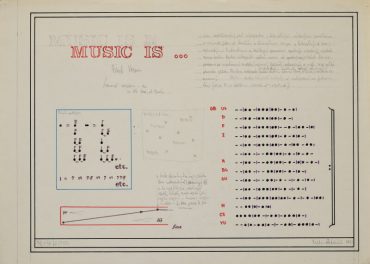 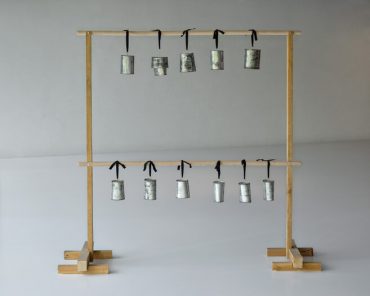